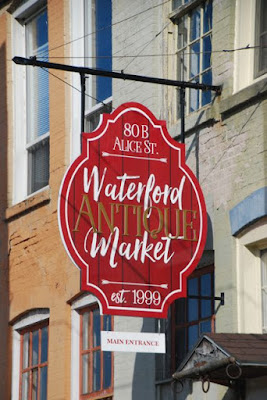 I bet it's an interesting place to wander about.

That was a surprise- 1999 being in the last century! I don't often think about the 20th century being in the past. I like the colors used making the sign easy to read even though it's not really big.

I'm just now beginning to think that the 1990s were a long time ago! Although, sometimes it feels like it was almost yesterday.

The sign design is very stylish and atmospheric. Most appealing.

It's good that it is still going strong!

So last century (but barely).

Kids born in 1999 are almost in college already.